With only one conversation dominating our media at the moment I have been debating with myself the merits of writing a post about it. I have always been told to stay clear of politics and with a topic such as Brexit being so contentious I was concerned my views would be taken out of context. But rather than dwell on the advantages or disadvantages of staying or leaving the EU I thought it was worth discussing the outcome of any settlement and that come what may (pardon the pun!), no deal will be right or what we believe we want. However it will be ok in the long-term.

Looking at the current turmoil in parliament it is clear that everyone, and that includes our Prime Minister, has a different view on what the lesser of two evils look like. But like any divorce it is messy, unplanned and ends in bitterness and resentment. The only silver lining is that following that process is that life moves on, friendships are renewed and what looked bad today doesn’t seem so bad 2, 5 or 10 years in the future. The joy about life is the way it marches on regardless and certainly from seeing a number of divorces take place between friends and family there is one common theme – everyone is happier and more fulfilled having completed the process and moved on.

A big challenge at the moment is that we have Brexit overload at the moment and the scaremongering that happened prior to the referendum is happening again which, as history shows, only goes to reinforce people’s views especially when many of the naysayers are not proved right. I have tried to get a bit more involved in politics recently and was astounded to hear about the good health our country is in considering we are going through one of the biggest shakeups in politics in a generation. Unfortunately this good news is getting no publicity which means the noise is all about the hugely negative divorce debate rather than the exciting advances our country is making. Don’t get me wrong I appreciate it is not all cookies and cream, but while sounding particularly un-English in saying this, we should also be proud of what we are achieving.

Unemployment is the lowest it has been in decades, home building is greater than it has been bar one year in the past thirty, we have more schools rated outstanding than ever before and the NHS next year will have the biggest budget increase since it was founded. At the same time we have announcements that the age of austerity is over and we are managing to start to pay down our huge levels of debt. Tech is close to my heart and when you look at some of the statistics it is truly remarkable – currently we are third in the world to tech investment and in the last three years created 14,000 completely new jobs. Apparently 2/3rds of the USA’s wealth came from technology businesses and innovation so it is no bad thing that we are in the top three for tech investment.

Does this all help the Brexit debate? Well not really if you are a remainer as you would argue it is all going to get worse and that investment will stop, and as some of the vocal leavers are saying the same thing but only because we wouldn’t be properly leaving the EU. Ultimately though we were told the world would end after the vote, and in many cases, we are doing better than we have ever done before. It is volatile but remember who we have currently sitting as president, so globally it is jittery, meanwhile we have and are achieving a lot.

Theresa May has one of the most unenviable jobs currently going and while leavers and remainers have quit she has held on. Important I feel to deliver some much needed consistency to the debate – while she didn’t start it, she is determined to finish it. Labour meanwhile doesn’t know what it wants and is hugely divided by the original New Labour movement and the shadowy communist Jeremy Corbyn who is intent to take Britain back to the 70s with hyperinflation and 90% tax rates. The Prime Minister is trying to appease the Europeans, her party and the country all at the same time. Of course there are going to be compromises, and like with any divorce it will feel completely unfair no matter where you are sitting. But my argument is time heals and the world moves on and while EU might be bullish today on the backstop, certainly we will continue to flourish post-divorce and with the riots in France or Italy’s continued borrowing the likelihood of not trading with Britain in the future is unlikely.

More likely is that following a deal, and in whatever form that is decided, it will look better and better as time moves on. Certainly I envisage many years of change, much like a divorce, where both parties take stock of their position and think about their self-improvements and changes they will make for the future. Maybe the EU will become less imperialist and listen more to the electorate, and more likely we will continue to build our economy and finally break down some of the huge social divides that exist in modern Britain. Will we grow less or more outside the EU than in? Well nobody knows because wherever we grow we will not know what they other outcome would have looked like – so we are just surmising. I am confident, however, that whatever the deal things will only get better. 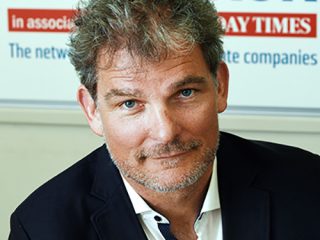 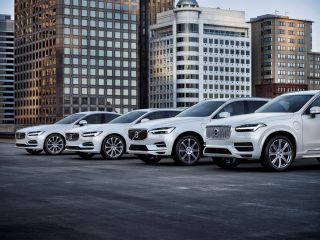