I have joined the early adopters in parking my love of petrol and everything engine related and gone electric. Well partly. Having written before about my love of the hybrid e-bike I decided that now was a good time to jump on the bandwagon and see what all the fuss was about in the car world. I have previously written about my ownership of a hybrid car (the Golf GTE) and the compromise of having both a petrol and electric motor in the same vehicle. Suffice to say it put me off the idea of a hybrid in the near future but I have been intrigued by the new developments in fully electric cars.

Having had a few issues with cars being bumped into at the local train station, number plates being cloned and the constant fear that new scratches will appear on my beloved cars I thought a new ‘daily’ could be electric. But which one? I did my research and decided Tesla was out because it was too premium in cost, as was the Jaguar I-Pace or Audi E Tron. Likewise, the VW e-Golf, Electric Mini and MG were very much petrol cars converted to electric and hence were compromised in terms of handling and range. So, I ended up deciding on the recently facelifted BMW i3 which had been upgraded to the new ‘S’ model and had the battery pack increased to over 42kWh.

The BMW i3S, while an ‘old’ car, is one designed from the ground up to be an electric car. BMW put its heart and soul into creating a car that was light (carbon fibre tub), fun to drive (low centre of gravity and rear wheel drive) and practical. Certainly, the latest upgrades in terms of more battery and the increase in power (now 181 bhp) make it in my mind a great all-round car. I can get my wife, two toddlers and two dogs into it comfortably, it is something of a tardis. The only downside was the incredibly premium price tag. Fully specified this car is over £42K. That is a lot of money for a hatchback that doesn’t have 400 bhp.

However, having settled on the car and specification I set about searching for a deal and found a preregistered model in blue (prerequisite of course) with 9 miles on the clock with a very useful 30% discount. So essentially a new car, with full warranty all the bells and whistles for less than £30K. Apparently this is because BMW has relaxed the rules for dealers on pre-registered discounts on the i3 as they look to phase out the model. It won’t be replaced as the business looks to convert more traditional 3 series car over to full electric. Apparently, the original workings of the i3 are now what power the Electric Mini, also under £30K, so this updated model with its unique design and technology, in my eyes at least, is a bit of a steal.

Has it converted me to go full electric? Well the simple answer is yes. While I love engines with the noise and smell they just look and feel so old in comparison to the electric motor. The ability for an electric motor to give 100% of torque with no delay is such a fantastic feeling that you can quickly see why there are so many fanboys for Tesla at the moment. As a day to day driver my i3S ticks every box. I love it in the way I love my iPhone. It just does exactly what I want, when I want it. It might not have the soul of a performance petrol car but I love it in other ways.

Range is usefully over 150 miles for general use, and while I might think twice about using it for a long motorway stint, I haven’t yet had any range anxiety. So while we look forward to the future I was interested in reading that apparently a new report lambasts property developers for building too many roads into housing projects. Apparently little focus is being put onto pedestrians and cyclists.

Having driven the future I can quickly see a world, and within this coming decade, where more and more cars become electric and through automation become better at sharing capacity, deal with congestion and offer the only clean point to point mass transport solution available. That future will require roads, so surely the mindset that building roads increases pollution, and everyone should cycle is becoming outdated. We need instead to increase our support for this electric future, even the petrol heads among us. 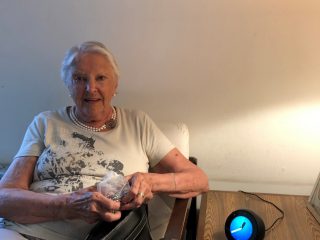 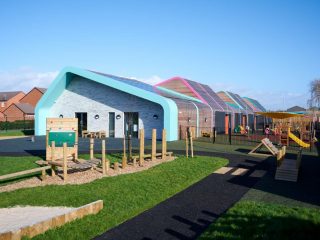 Next Post (n) We can do better than Entrepreneur Relief