I had a very enjoyable weekend recently with my wife and daughter down on the south coast in Salcombe and even managed to see the sun for part of it. A three hour journey first thing on a Friday morning might not be the best way to start a short break and so Audi was generous enough to lend me a new RS7. While the car might not be in my obligatory blue it looked very smart and with less than a thousand miles on the clock it was barely run in ready for the four hundred plus round trip.

I recently got the opportunity to visit Bentley’s factory up in Crewe and I hadn’t realised how similar the Continental GT’s V8 engine is to the RS7 with similar power outputs and even the clever cylinder deactivation technology so that we achieved an average 27 mpg. Not that economy in cars like this really matters but it certainly would help me get over using it every day as I wouldn’t need to fill up every few days. While the RS7 isn’t as plush or special feeling as the Continental, it is a substantially cheaper car with more space and Audi’s superb build quality. Unusually for a lot of Audi’s this one seemed to have quite a character and I warmed to it like an old friend (as I had a number of A7s while waiting for the R8) with a noisy bottom. The exhausts are just incredible with cracks and pops on the overrun it certainly was characterful and my wife was subjected to lots of short burst of acceleration so I could really enjoy the sound.

With the Audi brand moving to digital dashboards and with technology in general around cars taking a substantial leap I was worried that the RS7 would feel dated, but actually I think it is a great blend between old and new. The engine is more than half of this car and is a fantastic piece of engineering, with the rest of the package delivering up a comfortable and spacious cockpit I started to doubt my decision to go for a TT-RS when actually the RS7 does so much, so well. 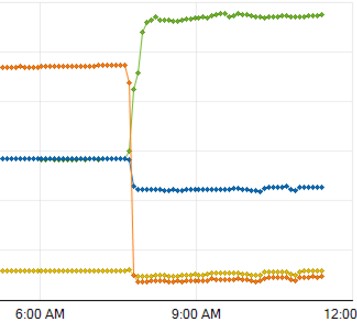 Next Post (n) Do not underestimate the value of resilience