At the beginning of the year I stepped down as Chairman of the business I founded back in 2004 from my bedroom, FluidOne. Since then I have been in somewhat of a whirlwind and believe that now my plans for the foreseeable future are set out and I can now focus my time on building and growing those new opportunities.

One of the mantras I have always followed was to make sure you focused on one thing and did it very well. I believed from the business people I met that those that had many irons in the fire didn’t really excel with any of them whereas those who had one focus saw success. However, since departing FluidOne I have embarked on a number of projects and in the process setup seven companies! Suffice to say I bit off more than I could chew and as a result became very ill, in May contracting Ramsey Hunt syndrome, which I suspect was brought on through stress and a few late nights.

It was at this low point that I remembered that original mantra. But I also realised every project I was involved in I cared deeply about. I am making a difference to people’s lives, their futures and at the same time pushing myself harder than I had done for many years. I was living. So coming back to my original mantra, maybe it is right that you need a core focus, but certainly you can be involved in a number of different projects as long as you can relate them back to each other. Certainly the people I have started working with have done amazing things in turning their talents to each of the businesses we have started and they are now starting to bear fruit. And while Politics, Property and Energy might not sound like bedfellows they are supporting each other more than I could imagine.

Today sees the launch of our new Oversley website which has become the umbrella business and brand to the group of companies I have founded. Property has taken up the lion share of work over the past six months with the completion of a 7,000 sq ft luxury home and the building of a dedicated 8,000 sq ft children’s nursery as a social enterprise project I wanted to support. Politics has started to take off with End of 9 to 5 (#Eo925) forming and looking to bridge the gap between those in work and politics. Certainly, the current political landscape needs all the help it can get at the moment. Lastly the Energy side of the group, in the form of Tewke, has lacked my dedicated focus but will soon be catching up.

Suffice to say leaving a job and company that I loved has not meant early retirement, instead it has super fuelled my desire to create new opportunities and build, literally, businesses from nothing. I love the new culture and focus we are creating, with my small team we are making big and physical impacts on our society. Certainly this year has been somewhat of a shock to begin again with nothing, without a safety net, and try to bring big ideas to life. It has had its ups and downs but now that we have got to this milestone, it is full steam ahead.

So if you are thinking about your next step then I implore you that you make the change now. Make yourself uncomfortable, focus on what you are most passionate about and make it a reality. I promise it won’t be easy, but by god what a ride and get ready to feel that funny feeling in your tummy again. 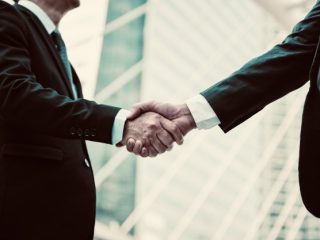 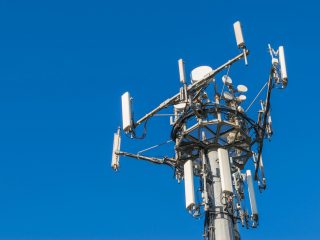