In light of the financial issues in Dubai I thought it would be worthwhile highlighting a new development closer to home. Since moving the office to London Bridge a few years ago we have enjoyed continued improvement of the local area. It is one of the few places in London, for example, that has its own council within a council called the London Bid which is there to look after the local area. Anyone who has visited the London Dungeons or been down Tooley Street will be aware that it seems to be different from lots of the other streets in Southwark. They focus on improving the local area through better security (my bike still disappeared during the day) and improving communal areas.

But one of the biggest impacts has been More London, which encompasses the mayor’s office, and improves the docks along the south bank up to Tower Bridge. There are shops, restaurants and offices delivering a relaxing atmosphere a short walk from the square mile. And soon it is to be joined by The Shard which promises to redefine the London skyline with an 87 floor glass tower with over a million square feet of space.

The hotel group Shangri-La are taking 174,000 sq ft with Transport for London tipped to take a few floors. I am really excited about the potential of this area and look forward to continuing to work in the area. 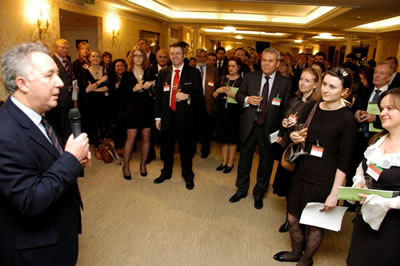