This week saw the very latest in drone technology make its way into the Fluidata offices, courtesy of our Sales Manager, Michael.  The Parrot AR Drone can only be described as a comparison to what the US military must use when battling in the foothills of Afghanistan. With its four independent blades, two cameras and height sensors the drone appears a very capable machine. What makes it more impressive is its integration to the iPhone, iPad or Android phone.

You start by downloading an app which then turns the phone or tablet into the controller of the drone. The drone is essentially a Wifi hotspot you connect to and then using the gyroscopes in the handset you move it around to control the drone while it projects the images from the front facing camera (and the one below it) to the screen. This means with a range of 50 meters you can fly it in a completely different room to the one you are in or even outdoors.

What we are most excited about is the addition of another one so that the augmented battles can take place which project missiles and explosions onto the screen as they fight for air dominance. 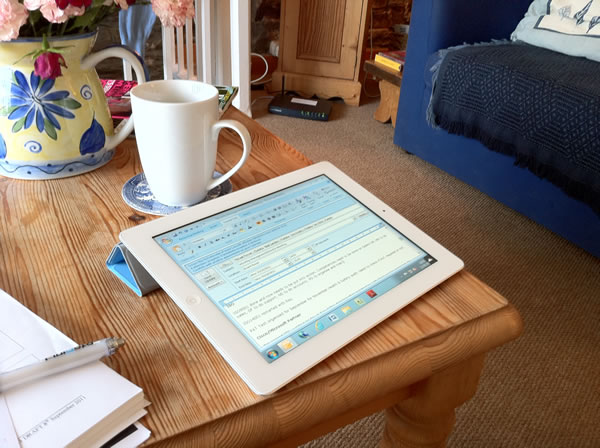 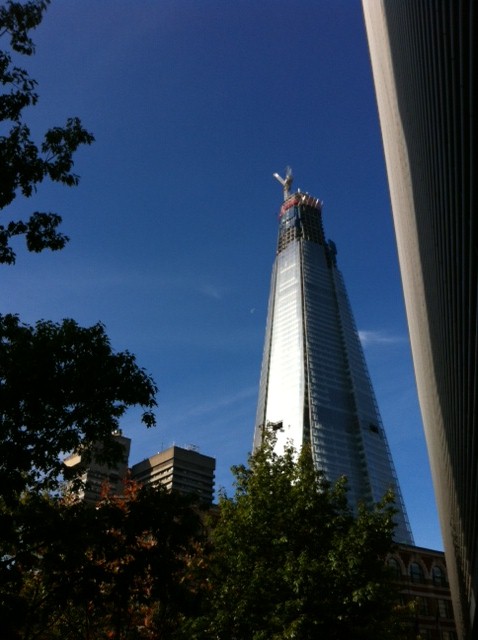