At the time this is published, Britain will have left the European Union. It feels very strange to be writing those words, in part because I believed it wouldn’t ever actually happen.

It’s also given rise to an odd sense of emotion – trepidation tempered with excitement. As we stand on the cusp of a new decade bristling with opportunities, will Britain seize them and reinvent itself as a hub of economic and social dynamism, or will it become an isolated, out-dated Little England, as some predict?
Putting all my cards on the table, my inner-optimist tells me we will see the former, not the latter, outcome. Although we may be leaving the world’s largest and most successful single market, it is one that is currently riven with inconsistency, anaemic economic growth, and social welfare costs that make the eyes water. I hope it can work its way out of its current malaise, but looking at the national level, especially to France, Spain and Italy, where individual governments can’t balance their budgets or get to grips with their groaning public commitments, I don’t see much hope of them fixing the problem soon at a supra-national level.
The main opportunity for Britain in the next decade is deregulation of the market, allowing innovation to flourish. 5 million people in the UK are now self-employed, the highest ever percentage of the workforce. Risk-taking entrepreneurship will be the lifeblood of the increasingly dynamic British economy. It will create new jobs and entirely new industries, as Europe seeks to protect its own increasingly archaic businesses in the age of mass disruption. Even Germany, Europe’s engine room, is seeing its manufacturing base being hallowed out as it fails to adapt to a rapidly changing global economic environment. As a friend pointed out to me the other day, where is the European version of Amazon and Google? Europe’s reaction to these game-changing businesses is not to compete with them by creating something bigger and better, it’s to regulate them. Always regulation.
We know that protectionism and high regulation tends to lead to stagnation – just look at where Britain was in the 1970s. Unfortunately, the EU seems to be condemning an entire continent to the same exercise. I very much hope I am wrong in this analysis, but only time will tell.
Europe is also lacking leadership. Angela Merkel is about to head off of the global stage, but a career of hobbling her political rivals means there is no protégé (at least of any worth) who can step in and fill the void that she is about to leave. Macron has got his hands full now placating the very system in France that he was trying to reform; Italy has always had trouble governing itself, let alone taking on the mantle of continental leadership. The UK on the other hand finally has a government with a strong majority, and a some very audacious goals about where it wants to take the country. Time will tell whether that vision becomes a reality.
I predict the 2020s will become a polemic between low-regulation, high-growth economies versus high-regulation, low-growth economies. Britain now has the opportunity to show the world what a free, outward facing, economically pragmatic people can do. That for me is hugely exciting. 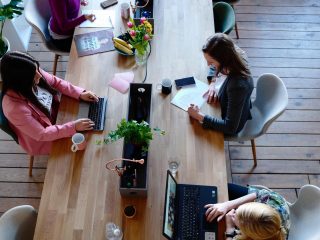 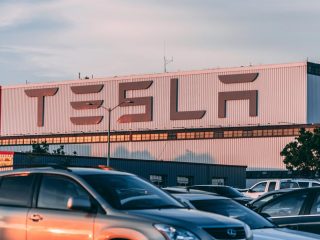