With so much talk on the economy and the challenges of a post pandemic recovery I would like to use an example close to home, well to me anyway, in terms of passion and locality to where I live. Usually when we are talking about manufacturing excellence and exports, most reports at some point will talk about Land Rover Jaguar. While owned by Indian conglomerate, Tata, the business remains very British with only their latest vehicle, the Defender, moving to oversea production.

This business is highly challenged in not only dealing with the pandemic but also with Brexit, as a high proportion of sales are exports, but also climate change as people quickly move away from diesel technology. When you are a manufacturer of pretty much only large Sport Utility Vehicles (SUVs) which have big diesel or petrol engines your ability to ride all these tides gets understandably difficult.

However I believe there is a clear and obvious path to recovery for this business, and I am surprised it isn’t being talked about enough as it would be a significant boost for all other businesses facing similar challenges. As I have a passing interest in anything car related I have read a lot on the subject, so while not an expert, I do feel a number of these measures are realistic and could have a dramatic effect on the business and its future success. I also feel it stands as a blueprint for all our businesses in taking risks and betting on the future.

Recently Jaguar Land Rover (JLR) announced their reborn Defender which updates a car that, like the Mini, has survived many years without significant improvement (how do you improve perfection?!). Considering the challenges the brand had, I think the resulting car is impressive and with the brand appeal they are punching well into the premium market. However they launched with a substandard 4 cylinder diesel engine, not because it is the best engine for the car, but to eek out the investment the business recently made into a new engine factory geared to turning out these small diesel engines. Suffice to say JLR have already realised the mistake and have now, less than a year after launch, stopped shipping that engine and upgraded to the larger six cylinder diesel engine which is much more in keeping for a powerful off road car weighing over two tonnes.

However buyers will need to wait until Spring next year to get their first plugin hybrid, the P400e, which takes the same hybrid platform from their existing line-up and puts it into the Defender. Only then do I believe they actually have a car with significant, modern day merit.

But what I don’t understand is back in June 2018 they started deliveries of the Jaguar I-Pace, a full electric compact SUV delivering industry leading levels of performance and range. So JLR don’t have an issue in offering their product line with a superb, market leading platform. Ranking the I-Pace, especially at launch as a worthy competitor to a Tesla. Granted it lacks, and still does, the extensive supercharging network, but the car itself is award winning and demonstrates that an established car manufacturer can meet the changing market requirements. It has taken VW until 2020 to be able to launch a comparable Golf as an electric car in the form of the ID3.

So if I was to find myself at the helm of JLR I would be shifting the whole business, immediately to an electric future using the I-Pace platform as a great starting position. Volvo were bold a few years ago when they said they would only ship a four cylinder engine and go electric. What has happened in the subsequent years? They have gone from less than 500,000 cars in 2015 to over 700,000 in 2019. Likewise the government is falling over itself to support the construction of Gigafactories in the UK and JLR have demonstrated their ability to deploy this technology to great effect in their cars. It needs a bold decision that, while it would affect their short term business plans, puts JLR in the same place as Tesla.

JLR on the whole sell SUVs which lend themselves well to electric powertrains as they are already large cars that weigh a lot. Electric powertrains are arguably better for off roading and it would give JLR the head start they need in their markets. In the coming years companies such as a Rivian will be launching in Europe offering incredible electric only SUVs and Pickups that take all the benefits of electric powertrains and deploys it in a desirable and premium package. JLR have the heritage and need to act now to prevent a painful and quick demise.

Also if you look forward to Euro7 regulations coming in 2026 they, like a lot of existing manufacturers, don’t have long to pivot their business but with technology such as Solid State Batteries around the corner the ability for the business to continue to sell 161,000 cars per annum doesn’t seem that hard. Land Rover say they have an electric SUV in the pipeline in the form of the Road Rover which will run on the same platform of the new Jaguar XJ which also will be electric only. These projects however have been dramatically delayed due to the Covid crisis and currently aren’t getting the attention they deserve.

My second focus would be to tie up with Dyson who until recently were going to make their own electric car, until they worked out it was going to be too expensive, but apparently have made great leaps in battery and car design which JLR could be benefitting from. They have over 3,000 engineers in the UK and a team who were solely focused on delivering an electric car. That would be a perfect starting position in getting a new electric Range Rover, Discovery or Defender to the market.

My third focus would be to get Jaguar focused on smaller cars. With the I-Pace it has shown it can and with the cache of the brand it would do so well against Tesla’s cheaper Model 3 and Y series cars. People don’t want big saloons, well Uber drivers might, instead they should focus Jaguar on beautiful designs that we know they can produce while sharing all the electric tech from their I-Pace and the potential Dyson tie up.

Lastly I would resurrect the Jaguar CX75 supercar. A car that was shown in James Bond but never made production. One of the most beautiful cars ever made. If Lotus can design and launch a £2M halo electric supercar so can Jaguar. Again the only work that needs to happen is on the drive train and taking Dyson’s apparently expensive proposition and fitting it into this model would without fail be a big hit.

As you can see from how much I am written I am passionate on the subject and I appreciate the challenges facing their business. But they need bold action and quickly. Like most UK businesses they are sitting on incredible talent and capability, and specifically in JLR’s case a proven capability that they just need to monetise. 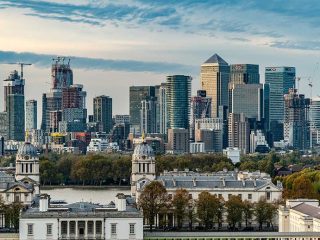 Next Post (n) A Steady Hand Helps to Navigate the Storm