I am not a big fan of social media. I appreciate the value in spreading messages and bringing people together, but like most new technologies it has taken time for it to properly seat itself into our day to day lives. While that makes me sound very middle aged, I am reminded of the difficulty truly advanced technologies such as the telephone or television had when they were initially introduced to society. And while both were adopted directly into the home, these technologies were heavily supported by our governments. This meant that their capability and the way they were operated were already part of government lexicon and hence they were, to an extent, able to control their capabilities.

I am reminded of a comment someone made to me recently that if the automobile was invented today, the government would not allow it for public use due to safety concerns. As time has gone by, regulations have been introduced which has dramatically increased safety as well as reducing the environmental impact. But safe to say if you were proposing the idea today of a car you would be laughed out of the room.

In contrast, social media does not require any government or state input in order to be built and distributed. Regulation of some apps has been attempted but due to their scale this has proved to be very challenging. It is therefore hugely fascinating to witness the recent developments in America in regard to the impeachment of President Trump, but even more so, the response companies such as Facebook and Twitter have made in removing his right to access their platforms.

For years governments have been calling for more regulations for social media platforms, to ensure that the information being spread is suitable for public consumption. But when you have someone incite violence and hatred, the kind of material governments have been regulating new agencies and publications on for years, there are huge public outcries that these companies are abusing their position.

We should not ignore the significance of these double standards. The view will quickly be enforced that Facebook and Twitter are simply the platform, the mechanism, in which people may share hatred and socially unacceptable statements. Their ability to police these communications has always been one of difficulty due to the very way in which this content is created and the fact that once someone decides to write or share a photo it is instantaneously available for anyone to see.

We have been making good progress with regards to regulation on social media platforms and that work should continue. Personally, I would push further that no person should be able to remain anonymous on the internet as that one oversight enables people to behave differently than if they were held to account – but I appreciate that is not a popular view. But looking at what has been happening in relation to Mr Trump, I feel Twitter has been too restrained in making any restrictions on him until now.

But as I have explained, these platforms cannot win. Twitter has been working to remove posts, and their policy states that anyone wishing or hoping for death, serious bodily harm or fatal disease against anyone are not allowed and will be removed. As soon as they start acting on these policies, they are lambasted for not doing enough for threats against minority groups that for years have received messages on the platform without action. The problem is once you start regulating, where do you draw the line? Realistically, no user at home is going to understand the difficulty and complications of what can and cannot be said, as say, a regulated newspaper would. Likewise, me writing this blog could, by someone, cause offence and therefore should I be held accountable and is the Eo925 blog in need of censorship?

Elsewhere YouTube releases a transparency report which gives information of all the removals it has made on inappropriate content. I understand that between July and September 2019 it took down 8.8 million videos and obviously the vast majority (over 90%) were taken down by machines. It also removed 3.3 million channels and 517 million comments. Globally, YouTube on its own employs 10,000 people just involved in the monitoring and removal of content.

Likewise, Facebook has more than 35,000 people employed to monitor content and in the same period as above took action on 30 million pieces of content – 98% of which was actioned before it was reported by other users.

Legislation around inappropriate content such as ‘revenge pornography’ or extremist material has up until now always the responsibility of the person that posted it, rather than the social media companies, but this might be about to change. The EU is going to clampdown on inappropriate content, particularly around extremist terror videos. Platforms will face fines if they do not delete extremist content within an hour. Other regulations such as GDPR has meant that control and censorship has only got more confusing and difficult. Will it become so complex as to prevent anyone from being able to use it eventually?

Although I don’t think it will come to that, rather than lambast Twitter for deleting Mr Trumps twitter account, (which realistically no sitting President should ever have been allowed to have while in office in the first place), let’s keep a consistent message on what we think should be allowed and keep to that. I have always thought that anything that is said on the internet, and especially a social media platform with public access, is something you would prepared to say while standing on an upturned bucket in the middle of busy high street with a microphone. 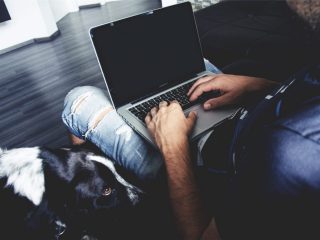 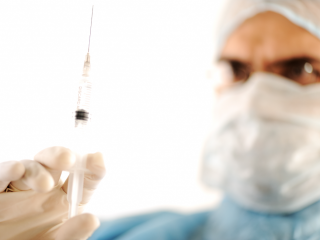