With Elon Musk in the papers for all the wrong reasons it looks like Tesla is going to get its stiffest competition over the coming months as some of the mainstream manufactures are finally ready to launch their fully electric cars. I am always intrigued by the fact that the businesses that succeed, certainly in mass adoption, are not always the first. Look at Napster and Spotify, MySpace and Facebook, Hoover and Dyson they all end up with the first paving the way in customer demand and interest and the latter delivering what the customer wants.

This week sees the launch of Audi’s new e-Tron a Q5 sized SUV. It has been talked about for a bit in Audi circles but essentially is underpinned by VW’s new group strategy on electric and the same technology will be supporting Porsche’s new saloon the Mission-E which has been badged Taycan. The group have a number of cars coming but in terms of an ownership proposition I think Audi has done a great job in really delivering something that would persuade most people to now seriously consider electric.

Firstly while expensive, the £70K cost is still less than a lot of the Telsa offering while delivering the performance of their more expensive models. The 95kW battery pack is certainly class leading with only Tesla’s more expensive 100D offering a slightly larger 100kW pack. This coupled with good performance (400 bhp) which admittedly is slower than the Tesla is still a lot faster than a diesel or petrol equivalent while offering a superb range (they reckon 400 KM or 250 miles). They have also invested a lot of time into the charging element and have adopted 150kW charging support meaning 80% charge in less than 30 minutes, something even Tesla can’t support (their Superchargers go up to 120 kW). Coupled with a new ‘charging card’ they have partnered with over 220 suppliers to make access to over 72,000 charging locations across Europe and that is before VW roll out their own 500 or so chargers and Shell and BT upgrade their petrol stations (which they have recently committed to do).

Audi, or should I say VW, haven’t rested on their laurels and have also focused on other areas of innovation. One is regenerative braking which makes the most of the brake by wire technology to utilise the drag of the car slowing to charge the battery even though you might be pressing the brake pedal. There is a great video on YouTube of a test car being driven back down the Pikes Peak in Colorado and not only being able to recoup the equivalent energy for another 19 miles of driving but the brakes where still cold enough to touch after descending a vertical 2 KM. I am sure a Tesla could do a good job as well but VW has had the joy of understanding the market, utilising latest technology innovation and customer feedback to design something truly for the masses. Will they all choose the virtual wing mirrors (cameras now elegantly replace standard glass ones as an option)? Maybe not but certainly there is a lot to like and even for a petrol head I am beginning to get excited. Their latest PB18 concept (to replace the R8 in a few years) which uses solid state batteries has me very interested in the future direction of the brand and the cars that are going to be available. Roll on the competition. 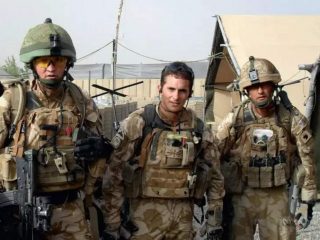 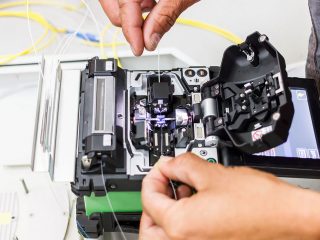