One of the interesting developments from the election campaign is the focus by the political parties on what can be ‘given’ to the electorate to gain their support.

We’ve seen the usual suspects such as healthcare, education and discounted housing before, but the one that has caught everyone’s attention is the unusual suggestion of free broadband for all.
We all like free. Free is simple. No more signing and negotiating contracts, no more direct debits to unscrupulous broadband companies selling one product but delivering another. However, having worked in the telecoms industry – specifically in the provision of fibre and broadband services across the UK – I feel that I am somewhat qualified in weighing up the merits of such a proposal.
Firstly, in order to be ‘free’, all of the providers of such services would have to be nationalised and amalgamated. Most people think that there is one large incumbent (BT) and a handful of others providing such services. There aren’t; around nine hundred companies are involved in the provision and support of existing internet infrastructure. What do we do with them all, ask them to shut shop? Would they even be able to compete in an environment where the main competitor is offering a free service?

If fibre is so important (and I have been campaigning for years that fibre should be classified as a true national utility), then why stop there? Along that line of thinking we should also make water, electricity, gas and mobile free as well.

BT have an appalling track record when it comes to the subject of fibre roll-out. For years they have tried every trick in the book to thwart efforts to build a national fibre network. Why then nationalise that business and give it the kudos of building and operating such an important infrastructure?
We should instead be supporting the businesses that have made it their focus to run fibre into towns and villages across the country – the very companies that have been ignored by the likes of BT and Virgin Media. It is these challenger businesses that have put the real pressure onto BT to actually start delivering fibre, even though previous efforts by government to support ‘super-fast fibre’ has actually meant giving BT public money in which to bolster their existing copper infrastructure.
BT is essentially a massive pension fund that happens to be in the telecoms business. Their whole model is supported by the premise that nearly everyone pays a monthly line rental for a copper phone line. The moment that a phone line is no longer required, and customers switch over to a true fibre infrastructure, is the time when BT will never see that revenue again. No wonder the CEO declared that any nationalisation of BT Group would cost the country more than a £100bn. That’s not exactly free, is it?
Lastly (as I could go on and on), I just wanted to focus on how people consume the internet. Most devices are now wireless, which begs the question, does the delivery mechanism (i.e. WiFi) and the content being downloaded also become free? Would you, for instance, still pay Sky £30 a month for your media package, even though the fibre element is now free?
It’s very easy to bandy about the word ‘free’ when you don’t stop to consider the implications. This is an industry, that thanks to consumer demands and market forces, is only just beginning to deliver on the promises that government made a decade ago. What we need from government is clear support in delivering fibre infrastructure to hard to reach locations and a framework that providers should be building to.
If we kick away the walking stick of investment now by promising universal free internet, then the service that we end up with will be a poor substitute indeed. 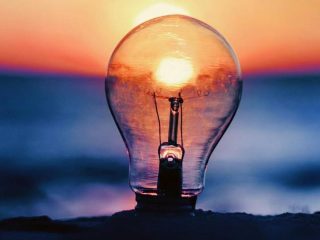 Previous Post (p) It's Time to Innovate or Die - Literally 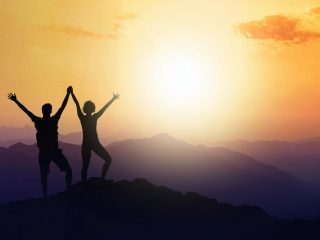 Next Post (n) The Need for a Purpose- a Basic Human Right?