Everyone knows the saying that nothing is free, and if it is, then it is usually too good to be true. We are told to question anything that looks too cheap but it all goes straight out of the window when we see that magic word against something we want.

Apple last week announced a range of mobile carriers offering the IPad in the run up to Christmas on their mobile data tariffs making the tablet under £200. They are expecting record sales as people snap up the office in time for Christmas. Not exactly free, but dramatically less than the expected cost of over £550. And the downside for such a good deal? A 24-month contract paying £25 per month for 3G access. So an extra £600 to have the IPad today making the total cost over two years £800. Doesn’t seem like such a great deal. Especially when you read that the 3G has a 2 GB a month limit, and when you realise over 60% of all data traffic on the mobile networks originates from the customers home. So you don’t think it is more likely the user will connect to their local broadband line over WiFi instead?

I am keen to get an IPad (but will probably wait for the v2 due in April) but I certainly won’t be getting it on an expensive data package. I know our society and industry are keen on the rental model of doing business (something my company has benefited from), but it shouldn’t hide the fact, that in this case it isn’t a good deal.

My personal mantra is to buy once, buy well. I am a great believer in quality and that something that may be a bit dearer than the competition will be better value in the long term. Apple has always done well offering very high quality products for which they charge a premium.

My own industry, telecoms, will move more into this premium model over the coming year as competition reduces (huge amount of consolidation this year), and customers realise they get what they pay for. Already we have seen prices climb for consumers as internet connectivity is seen less of a commodity and more of a requirement. With the launch of services such as YouView (offering Freeview TV over IP) people are going to realise that their cheap £6 a month line isn’t going to support these new kinds of services. Wait and see…

So a conclusion from my random babble? If it looks too cheap, it probably is and actually value can still be drawn from the higher price products and services. I know we are in a period of financial restraint, just make sure you don’t cut what ends up costing you more in the long term. 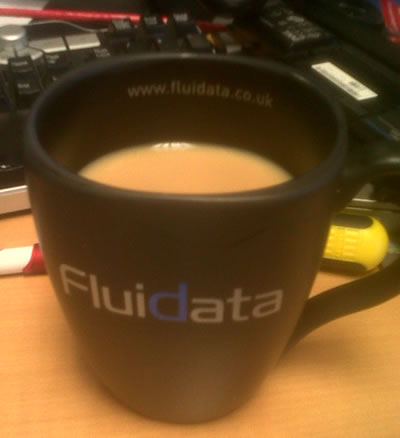