After what seemed like an eternity of indecision and wrangling, at the end of January, the UK finally left the EU.

With the country now able to move forward (until we have to overcome the next hurdle of getting a trade agreement signed with the EU in the second half of the year), we can now embark on what could be a generational shift – where anything and everything in our society and economy can be shaken up and remade for the better.
Of course, Brexit didn’t need to be the starting gun to this new age of change, but the fact that it finally came at the beginning of a new decade, with a strong majority government, which promises to ‘level up’ the entire nation, it would seem like a starting line of sorts.
The electorate also seem ready for the idea of significant change. The Prime Minister and his cabinet realise that they are on the precipice of a once in a lifetime opportunity to build the foundations of the next stage of the UK’s evolution.
So, what does it mean in terms of the opportunities open to us? Well, in short, we’re going to need to ‘go big or go home’ when it comes to producing state policies and encouraging business to do the same. If we aren’t setting our sights high or far enough, then we’re not going to make the impact that we’re going to need to see, within the relatively short term of the current government. Five years is no time at all to realise a vision and ensure its future success. Most businesses have to spend at least ten years before they come anywhere near what they deem to be ‘success’.
Over the past 20 years I’ve realised that the saying ‘you make your own luck’ is in fact true. What most people view as ‘lucky’ is actually anything but; it belies years of taking risks, perseverance, and many failures. It’s the one success that make it looks like luck.
Take Elon Musk, for example. He’s one of the world’s biggest gamblers – he sold PayPal for $1.5 billion (at which stage most of us would have kicked back and put our feet up), and instead established SpaceX, with the ambition of delivering a reusable rocket to NASA – something which most people thought impossible.
After a number of failed launches, he was one launch away from financial ruin and the business completely folding. Luckily, or more through taking a risk and it is paying off, the last launch was successful, and SpaceX now is a major player in launching satellites for customers all over the world. As Bill Collins coined in his hugely successful book, From Good to Great, a Big Hairy Audacious Goal (BHAG) is one that sets out a daunting and aspirational vision. With commercialising the space industry, Elon has taken a huge risk, but one that is now proving to be successful and lucrative, as his business multiplies into all sorts of new opportunities.
Keeping with the Elon analogy, he wasn’t done with revolutionising the space industry. He was about to lose it all again with the failure of Tesla to build their Model 3 car and keep up with demand. In ‘production hell’, Tesla looked over-hyped as it continues to under-deliver on the promise of mass electric transport and investor confidence subsequently nosedived.

However, once again, Elon seems to have pulled off the impossible – he has managed to ship 78% of all electric cars in the US in 2019, leading to a company valuation at over $100bn, which makes it the second most valuable car company in the world (overtaking VW and just behind Toyota).

Again, he took a huge risk, but now Tesla is about to benefit from a decade of growth as the market shifts away from fossil fuels and invests in electric models. Tesla now has the most efficient and desirable electric offering, with a full charging network, true innovation in automated driving, and is light years ahead of the traditional competition in terms of battery development.
VW has had to delay their launch of their first electric car, the ID3, due to production issues. Even the established car companies are hitting the same challenges that Elon did. However, through his vision, innovation and risk taking, he has managed to disrupt an established industry and create a whole new market in the process.
The message is clear: in order to innovate we must take risks. This brings me back to my favourite topic: HS2 and the paradox between improving infrastructure and spending over £100bn. Whilst I have argued in the past that investing a few billion in installing fast WiFi onto all trains would help boost the UK’s productivity more than HS2, the opportunity of developing a whole new technology is within our grasp.
Concorde, although costing many billions in its day, was a cutting-edge piece of technology, whose development sparked many other developments, not to mention the formation of Airbus, now one of the largest aircraft manufacturers in the world. Why then are we not looking to develop the next generation of rail transport? Maglev, monorails and Hyperloop are all divergences from the Victorian steel rails. Surely £100bn would be a significant boost to develop this kind of technology and create a whole new industry, which we could eventually export?
Bold innovation means taking big risks, and now is the time to be making those big ideas a reality. 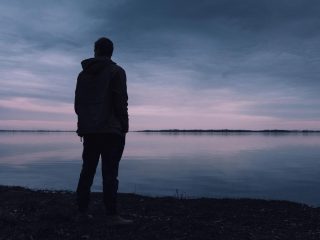 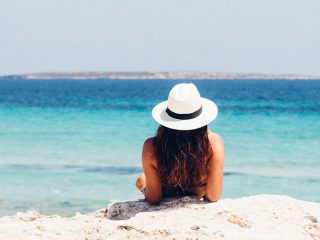