One of the bonuses of Covid-19 has to be the meteoric rise in the acceptability of remote working. Although the technology has existed for many years to make ‘digital nomads’ out of many of us, the practice of flexible working wasn’t widely adopted, mainly due to old-school managerial attitudes that stipulated that employees are too stupid and feckless to manage their own time – they needed to physically be in an office to be seen working.

Of course, this turned out to be a fallacy. The Brits are masters of procrastination, and national productivity has steadily declined as more and more of us moved from factory floor to office.

Now that a lot of us are working from home, it means that our ‘input’ (i.e. the time we spend working) has been obfuscated, and managers instead need to focus on our outputs – completed projects. After a few tenuous weeks as both sides got used to the novelty of going to work in their pyjamas, the results, anecdotally at least, seem to be positive. Far from shirking work, employees, free of the distractions that abound in the office, seem to be more productive.

If productivity is up, management teams will surely scale back on their office space in the middle of expensive cities, creating instead ‘hubs’ where their workforce can travel to on a semi-regular basis for the most crucial reasons.

If they don’t have to commute into the centres every day, then this leaves open the possibility of not having to live within striking distance of the office anymore. If someone has to only be in the office two days a week, then living further away, in a place where you can get more bang for your city buck, becomes eminently achievable.

This is already being borne out in the UK’s property market; London’s once unassailable position is looking decidedly shaky, whereas property enquiries in further away counties like Gloucestershire (2 hours from London by train) have dramatically increased.

This could be a real boon for regional economies as more of live where we want to versus where we have to. Money that would usually be spent in cities can begin to enrich shire towns and villages. Many a village shop or pub, rather than facing closure, could find a new regular customer base, as they become hubs of their communities once again.

Indeed, many local authorities, like Stratford-upon-Avon, can see an eventual upside from all of the Covid-induced chaos of 2020. Their towns have been hallowing out for years, as newer businesses (especially in the technology sector) cluster around major cities where the best talent live. Businesses on their high streets meanwhile, face falling custom and increased rents and rates, leading to a perfect storm where a lot of businesses, have begun to go bust.

This presents an opportunity and a dilemma for local councils. Could they attract new businesses to come and settle into these premises with a combination of tax breaks and other incentives? Of course they could. The real issue stems from what lies beneath the ground and what every modern business now needs: a fast internet connection.

For a supposedly digital economy, the UK’s digital infrastructure lags behind the rest of the developed world. As of 2019, only 11% of UK premises were within reach of a Fibre-to-the-Premises (FTTP) based network, most of these are in city centres.

As many have found out when working from home during the lockdown, with multiple members of the household online at the same time (and often using video conferencing), internet speeds slow right down. Whilst some of this is down to the technology inside the house, a lot of it is to do with ‘last mile’ delivery of their internet services from the exchange and into the house. More often than not, this is run over copper wiring, which unlike fibre, has a limit to the amount of data it can handle at any given moment. Even today, these copper products are still sold as ‘superfast broadband’ products.

In Stratford-upon-Avon, the problem is particularly acute. Roughly 4,000 homes still don’t have access to superfast products, meaning that the likelihood of digital businesses springing up in certain areas a non-starter.

National government must therefore make laying new fibre an absolute top priority for the post-Covid world. ISPs should also be incentivised to share infrastructure (much like the national data carriers do) to bring higher speeds at lower prices to more homes and businesses.

Solving this connectivity conundrum is going to be key to attracting businesses away from urban centres. Encouraging them into towns, such as Stratford, with cheaper rates and rents (led by proactive district and county councils) and coupled with proper digital infrastructure, could lead to a second renaissance of the British market town. 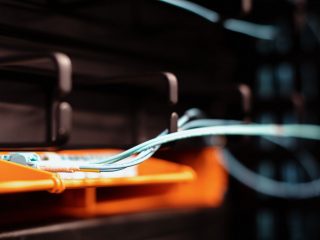