I visited Microsoft’s London offices today in Victoria to learn about their hosting strategy and new products they are launching. Being involved a little bit in this internet industry I thought it was important to keep up to date with the application layer. Obviously being Microsoft they are a little behind on the curve but nothing prepared me for how boring they made it all sound.

Never before have I ever felt like sleeping in a conference but within ten minutes of the presentation starting I felt myself drift away. How can anyone make such an exciting industry so dreary? They have a fantastic office, with top of the range everything, even a fully catered subsidised canteen but still talk as though the world is coming to an end. There was really nothing new apart from little bit better Exchange, little bit better Outlook and little bit better Windows. It is like the software equivalent of Porsche where every new model is pretty much identical to the previous one but goes that tiny bit faster. Their biggest growth product is SharePoint which apparently got to $1bn in sales quicker than any other product in its history. Well great, but it is still boring and is definitely no IPod moment for Microsoft.

The business has to be very careful over the coming years because, from what I can see, it is becoming very much like IBM. It is becoming the goliath with companies such as Apple and Google retaining the right to David. Cloud computing is a very exciting time for our industry and something we have fully adopted in house (Fluidata) as an example for our clients. I just wish Microsoft used its might to help lead rather than follow and come up with something new that would set my pants on fire. 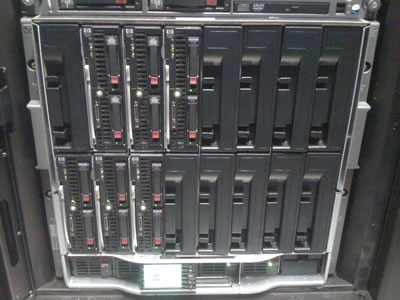