Over the Christmas break I decided that it was time to chop in the Audi and get a bit more of a practical car. Having spent most of the week driving around the countryside in the Peugeot 107 my father rented for the week (smallest car in the world but seemed to fit all of us), I thought it was ridiculous that I couldn’t get my father and brother into my car if we wanted to go anywhere, so decided now was the time for a change. But what car should I choose?

Being a bit of a petrol head I wanted something fun, could seat four and get me back and forth from my home to London on a regular basis with a little style. While I am a big fan of makes as wide reaching as Volvo I thought I didn’t want anything that was too conservative or gave the impression I was heading into middle life just yet. But I still needed something that could tow the Atom and fit a mountain bike into it so quite a difficult choice to be made.

I did give Audi a brief consideration but considering the issues with my TT in terms of service I thought I would give it a miss and instead test drive Top Gear’s car of the year the Range Rover Evoque. Apparently it was a car designed to steal customers from the TT and move them into larger 4x4s. Well to cut the story short, it did the trick, and a deposit has been placed for the five door petrol model which apparently should arrive around April time. My father thinks I am quite mad for not choosing the diesel, but as I said to him it needs to be fun and the petrol is more so than the oil burner.

Interestingly enough my first experience of Land Rover wasn’t a positive one, with the dealer in Stratford upon Avon doing a good job to put me off. Late to the appointment, a short test drive and no follow up to discuss specification, I wasn’t even offered a drink – I thought it was just Audi to expect this from! So instead I drove a little further afield and visited Droitwich, which has recently been taken over by the Listers group and got the kind of service I was expecting. Giving me the keys for a good few hours did the trick and now I am patiently counting down the days to delivery. It also gives me a warm fuzzy feeling to think I am now going to have two british cars (ok one partly Indian) which actually makes the perfect garage for less than the cost of one Audi R8. The perfect compromise? 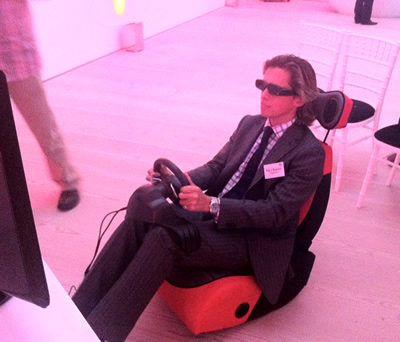