There are some interesting developments in the world of Rural Broadband with Fujitsu this week announcing its new consortium with Virgin, TalkTalk and Cisco to deploy rural fibre to the premises (FTTP). With everyone getting excited with the prospect of another player competing against BT it should be noted it is still just a plan and there is a long way to go before it becomes reality.

The cynic in me would also say this is much more of a Virgin bid than anything else as Fujitsu already look after most of their network already. But it makes sense to make the bid in Fujitsu’s name as they are perceived as being more independent as a network builder rather than Virgin as an operator.

I know it is unrelated but don’t forget how Virgin (Atlantic) was going to save ‘Concorde’ which was completely unfeasible but produced some good media comments and lots of goodwill towards the brand. If Virgin succeeds with this bid then they build a bigger network, if they fail, they will be known as the company that tried to help consumers against the might of BT. Not a bad marketing strategy.

In their press release they say they need to win the available £500m to make this a reality, which is unlikely given the fact that BDUK (government body) will distribute the money between the local authorities who will each award their allocation of the money locally. In this scenario it is highly unlikely Virgin, sorry Fujitsu, will win all the money and hence, from what they have said this proposal wouldn’t happen.

I am sure they will do something but I would wager the outcome would be very different from their grand plans outlined this week. Yes it takes the fight to BT, but it does ignore the realities of how this money will be awarded, and hence is somewhat optimistic when viewed in the cold light of day. Still exciting times for the industry. 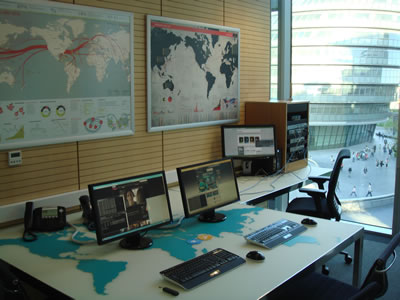