As technology continues to advance at an ever-faster pace, our lives have become easier and more comfortable as automation has become the norm. The question is, as the need for humans in the workplace decreases, what happens to those left behind?

Automation itself is not a new problem; the first industrial revolution over two centuries ago, transformed the way Britain worked. Farming, for instance, made a huge leap in productivity through the introduction of machines and gradually the workforce moved from the fields to the factories as the need for manual labour decreased.
The outcome of automation in the 21st century will be harder to predict. It’s not just changing the way we work – in many industries it is making humans redundant, specifically in manual, low-skilled and repetitive roles. Technological advancement and the increase in automation is inevitable, so how do we prepare our young people to adapt to the changing job market, where low skilled roles are declining?
One suggestion of how to combat the decrease in low-medium skilled jobs is the introduction of a universal basic income (UBI). An unconditional, regular sum of money which would be enough to live on, is given to every individual in the state, no matter whether they were employed or unemployed. The cost, however, would be considerable; some studies have suggested 30% of GDP and there has been no evidence that it would be beneficial.
The two-year study run by Finland between January 2017 and December 2018 gave us a limited insight on how UBI would work when offered to a varied demographic, as it was exclusively offered to the unemployed. The hope would be that those receiving the income would have more freedom to take risks without having the financial pressure. This would enable them to set up their own business, increase their training, or look for opportunities outside of the traditional roles that they were struggling to find.
However, the experiment concluded that although people were generally less stressed, they were no more likely to use the opportunity to take risks and seek an additional source of income outside of the UBI.
With fewer jobs available for humans, one may think this could be a beneficial measure for the individual, but we must question what its impact would be on society. For example, would offering a UBI payment system to the long-term unemployed make them more likely to integrate back into society? Or would paying people who are unable to meet the needs of higher skilled roles to simply exist create a whole new class of the disengaged?
From a personal perspective, having lived on benefits for almost a year in my early twenties, the experience left me feeling hopeless and had a catastrophic impact on my mental health. I desperately craved a purpose but felt worthless due to the sense that I wasn’t contributing to society. A need for a purpose is part of what makes us human, and without it, we are more vulnerable to mental health problems such as depression and anxiety. Those that cannot fulfil this need may even seek this gratification elsewhere which could arguably be linked to the rise of youth gangs in the UK. With no sense of purpose within society, young people are seeking an identity and belonging elsewhere.
So how do we adapt to this new technology-driven world? The answer is not obvious, but what is apparent is that the current system as it stands is allowing people to fall through the gap when seeking their place in society. As lower-skilled roles decrease, that gap is only going to widen. It seems that we must look at education to teach our young people how to be more adaptable to the changing needs of the job market, to seek out the less obvious opportunities and understand the importance of soft skills – humanity – that machines cannot replicate (yet!).
What we can be sure of is that automation will fundamentally change the way we work in the UK over the next century. The real risk is not the machines replacing us, it is failing to adapt to these new technologies and taking advantage of the opportunities they provide. If we do not, not only do we risk missing out on the economic gain, we also make it almost inevitable that the most privileged and highly educated in our society are those that benefit, while those less fortunate are left behind. 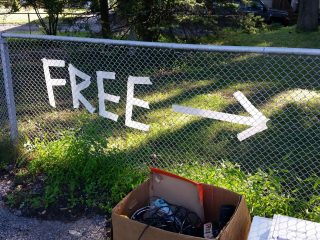 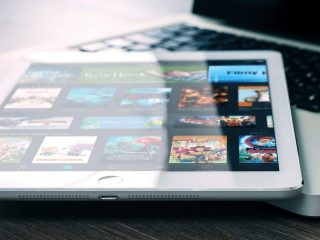 Next Post (n) Could the BBC be bigger than Netflix?