From a young age I was introduced, by late step father, to the German and Austrian culture. Being a proud German but having lived in England most of his life he had a great way of disseminating the best of his home culture as any true expat can. One aspect of that which stuck with me early on was the fact that lots of Austrians focus on two trades in their life. At the same time. So you might find someone who is trained as a lawyer but also happens to be a skilled plumber. Or another who is a trained doctor but also a forester.

Now this might be a hang-up from recovering from a world war where needs must and everyone has to chip in. But even today the practice still seems very much alive and I really like the idea. Depending on what the country needs and what customers are buying you can turn your hand to your trained industry that serves them the best at any given moment. Trained as an financial advisor but there is a global recession. No problems, focus instead on your other skill of baking for example. Fancy being a downhill skier but after years of dedication you get medically retired, no problem no need to retrain just carry on with your other career.

Now I am simplifying the process and I am unsure how many Austrians actually maintain two careers but certainly when we hold up an mirror to the UK and an education system that pushes you down one career path you have to question if we have got it right. One thing is for sure, we definitely don’t like people having more than one job. How can they focus and dedicate their time fully to one demand if they have another constantly over their shoulder?

As workers have embraced the gig economy we have to realise that no longer is a job for life and certainly with current technology no one location has to be your place of work. Likewise it is easier than it has ever been to not only have two careers but run them side by side at the same time. It is therefore surprising to read about the current news focus on MPs in Parliament having more than one job or maintaining roles outside of politics.

In the 1990’s I remember when parliament reformed the sitting hours so the Commons began work earlier than 2:30 pm. A change that meant that MPs could be home earlier and didn’t have to stay in the Commons regularly until late into the night. Not a bad change but a change that had consequences to the many MPs who had professions they were able to maintain either as a solicitor, journalist or even a doctor.

Any MP I have met in the last few years I have to say that I have always been most impressed with those that have had careers prior to going into politics and ideally still have some kind of interest in something outside of politics. They are much more connected to the challenges the country is facing and importantly what needs to happen in the real world to have any positive impact.

Politics is much like social media, it reinforces stereotypes, it allows you to believe you are more important than you really are and it is the career that brings you down to earth. While is was the ‘cash for questions’ scandals during the John Major Government rightly tightened up legislation around direct lobbying, it made it difficult for MPs to maintain a second job. What this has meant is that we see politics now as a career, rather than the additional role it once was. Many MPs we have today have worked as MP’s staff, special advisors or in think-tank policymakers before being elected into office. We are now sorely lacking the professional diversity the Commons once had and by reducing the ability for MPs to maintain careers outside politics we are making politicians more obscure and distant from the people they represent.

As one MP said this week, being a politician is a calling, not a vocation and I absolutely agree. I want people representing me who are go getters, who become a politician for altruistic reasons and most importantly understand the challenges in real life. Unfortunately once you lose that connection very quickly you lose touch with reality irrespective of whether you sit on the left or the right of the fence.

Being a Minister is essentially having another job, over and above being an MP, so while Ministers may struggle to have another career outside politics they prove the point that all other MPs do and can have the capacity for other roles outside of their ‘day job’.

My mother always said that if you want something done you ask a busy person. And as I become busier and busier I can only agree. Your ability to prioritise and manage your time means you have to get things done to get them off your plate, you can’t procrastinate and you don’t have time to deliberate your decisions because you are onto your next one. We have an army of civil servants to carry out the roles of government – we need our MPs to represent us, forge a path and hold those responsible for delivery to account. For many years professionals from around the country achieved this while being active members of our society.

Certainly the financial reward of being an MP for many professionals at the top of their game is supplementary rather than in replacement of. If we are serious about MPs being career politicians then we need to attract the best and that means paying salaries that reflect the fact that many roles, public and private pay more than the Prime Minister let alone an MP. Otherwise we need to embrace second jobs and appreciate the additional dimension it brings to their performance. 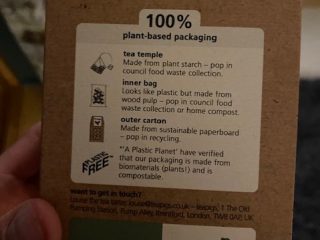 Previous Post (p) Recycling is a waste of energy 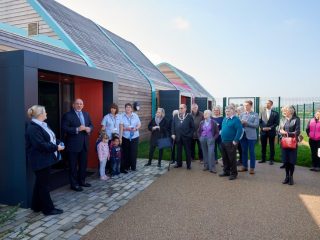