“Without strong visionary leadership, no strategy will be executed effectively” – Robert S. Kaplan.

As I looked at a newspaper picture of Boris Johnson’s new cabinet table, I couldn’t help thinking to myself, “supplicants do not visionary leaders make”. It was hard not to see the new members of cabinet as anything but supplicants after Savid Javid’s departure as Chancellor of Exchequer and the announcement of a combined No10/11 economic unit. It was a power grab quite unlike anything that has been seen in recent memory.

The new Prime Minister certainly talks a good game about ‘levelling up’ the country, so I was surprised to see the way he was going about structuring his government – rewarding loyalists, demoting or sacking what I saw as some quite successful ministers, and increasing Number 10’s control over the purse-strings and other government departments. With a strong majority in Parliament, he could have easily played this differently: increasing the powers and autonomy of government departments, whilst promoting younger more visionary ministers to higher positions, and then encouraging them to set audacious targets for their departments to hit. It’s still very early days for his ministry, and whilst I wish his government success in turning their vision into reality, I can’t help but think that the current approach is going to end in tears.

Indeed, over the course of last weekend, the Sunday papers had some pretty lurid stories from a civil war erupting over at the Home Office – accusations of bullying by the Home Secretary, Priti Patel, under-performing permanent private secretaries, and a civil service that was resistant to any sort of change, all fuelled by clandestine leaks and counter-leaks. The enormity of the task of trying to reform a beast of a department like the Home Office must be daunting by any measure, to do so without a supportive civil service is going to be nigh-on impossible.

It is often tempting to compare management in business to government, but the reality is that they couldn’t be more different. In business, the executive team have a clear mandate for action and can change things up and down the organisation with very few limitations. A reformed-minded minister, on the other hand, will often shift a lever of power to discover that nothing happens. A CEO has relatively few stakeholders to worry about – the board and shareholders, in most organisations; a minister has the public, the prime minister, junior ministers, parliament, the Treasury, not to mention the civil service and the wider public. Systemic change then, even from the most gifted governmental leader, is a laborious and thankless task – and one that they probably never see through to completion anyway.

Although government and business are systemically different, one area which is equally important to both is that of leadership. Any business cannot function, just like any government department, without leaders. The most iconic leaders in the business world are often the most visionary: Steve Jobs, Elon Musk, Richard Branson all spring to mind. Tough taskmasters they may be, and brutal in the boardroom, they nevertheless keep on achieving seemingly ‘impossible’ tasks because they have the ability to set audacious visions and then sell that vision to the people that are going to make it a reality: their employees. Whilst it may be difficult to get actual things done in government, setting a grand vision early on in a minister’s tenure will be absolutely key to getting all of the stakeholders pulling vaguely in the right direction.

The most effective, and often the most visionary, leaders that I have seen often have a very small ego. They realise that the projects that they are undertaking are a team effort; their job is to get the team together, inspire them, lead them, but ultimately leave them to get on with the task in hand. When a team member hits a problem, the leader helps them work on a resolution, and does not upbraid them for failure. Failure is seen as an opportunity to learn. When the task is complete, the leader does not bask in the glory by themselves – it is “we achieved this”, rather than “look at what I have done”. Business, as well as government, is littered with ego-centric leadership. Egos do not breed loyalty. In a business teams come and go; jobs are no longer for life. In the civil service, however, employees tend to have a much longer tenure, meaning that poor ministerial leadership can spoil the barrel from one leader to the next, while the staff remain the same. It is even more important therefore for ministers to understand this when moving into a new ministry; fixing the problems of the old regime early and rejuvenating the office esprit de corps, or building upon the previous minister’s accomplishments if it was a successful tenure.

Of course, this is not to suggest that the success or failure of a department falls entirely to a minster. The civil service has a lot to answer for. Many in Westminster speak of ‘the blob’ – a bloated, out of touch, out of ideas bureaucracy, that actively blocks new ideas and reforms that it doesn’t like. This is clearly a problem. My immediate thoughts on how to solve this are twofold. Firstly, make greater use of outside (I’m loathed to say) contractors, to work on specialist projects with a specific skill set, to bring new thinking and ways of doing things into stagnating departments. Secondly – and I know this is very much against current civil service rules – but introduce monetary incentivisation scheme on a project-by-project basis. Delivering big projects on time and on budget is a continuing problem for the UK government; if a department could reward its employees for pulling together to meet specific targets (and saving the taxpayer money in the long run), then it should at least be explored as an option. It could also incentivise outside specialists as well to come in on a short-term basis to help expedite projects.
Recently, the press has been full of stories about how many times ministers (and Dominic Cummings) had been mentioned across the publications. This obsession with constantly being in the public eye feeds many politicians’ already over-blown egos, encouraging them to make premature or otherwise damaging announcements in order to keep their profile high, rather than for the purposes of efficacy. Many seem to feel that being ‘seen’ (usually by throwing their weight around) is just as important as what is being said. It is not. Far better to keep one’s head down, achieve excellence, and then lavish praise upon their department for the accomplishment.

The very first chapter in Jim Collins’s seminal business book, ‘From Good to Great’, deals with leadership. In it, he highlights 5 levels of leadership – Level 5 being the highest – and concludes that all of his ‘good to great’ businesses that he analyses have Level 5 leaders. Whilst the intricacies of business and government are different, the concept of good leadership is entirely the same. I hope today’s crop of ministers err towards greatness by way of inspired, visionary leadership. Only time will tell. For the ones that get it right, however, greatness will surely come knocking. 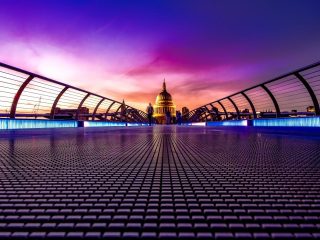 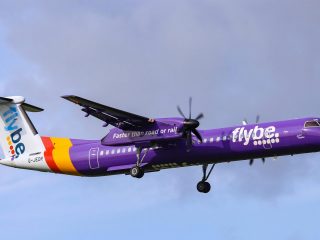 Next Post (n) The Lessons of the Flybe Collapse