With COVID-19 decimating societies across the world, never before have we been able to compare all of our nations’ response to a universal enemy.

Some of the most co-ordinated and calm responses have come from countries that already have a level of preparedness for an invasion, who have already geared their societies and economies for the shock of a sudden all-consuming conflict. No one predicted, however, that this $24 trillion global war would be against a virus.

As countries limit contact between people to minimise the impact the virus has on the elderly and those most likely to succumbed to its effects, the reality is that each nation has approached the matter in a different way. While most are ending up with a similar solution, in the form of a lockdown, the way that countries that are on a permanent war-footing have responded has been extraordinary.

Take Israel as an example. Since its inception after the Second World War the country has been no stranger to conflict, the Israelis have been used to a life of preparation to imminent attack. Therefore, their response to COVID-19 has echoed that of its military strategy – pre-emptive action at a disproportionate scale. For once, Israel has an advantageous geography, as it is a relatively small country with fewer international points of entry and exit. Their early adoption of quarantining every entrant to the country for two weeks at the time seemed draconian, but this was largely put in place to protect its health system, which was already operating at a critical mass. They therefore took no chances.

Their approach across the country has been to try to delay the spread of COVID-19 for as long as possible. This gives them time to prepare their resources and institutions, such as the army, to combat the virus once it does hit. But having a population used to moving from normalcy to a state of emergency with little notice is a great asset.

Another country that has become one of the most successful countries in dealing with the pandemic is Taiwan. For all of its history as an independent state, it has had to operate under the threat of an imminent invasion from mainland China. As late as last week, Taiwan only had 77 confirmed cases of the virus, with one death. For a country of 24 million, not to mention only being located 81 miles from the country that was the source of the virus, that is an incredible achievement.

Since December 31st it has put in place 124 security measures, from inspecting passengers for fever on direct flights from Wuhan, to electronic monitoring of quarantined individuals via government-issued cell phones.

By late January they had established a Central Epidemic Command Centre and also put in place policies to prevent the exportation of facemasks, keeping the cost to their citizens at 15p each. In total the country had distributed nearly seven million masks along with 84,000 litres of hand sanitizer and 25,000 thermometers. These are numbers that the UK can only dream of, not to mention the timescale of deployment. The Taiwanese authorities, thanks in no small part to their war-footing and history dealing with SARS, managed a quick and efficient response to the threat posed from COVID-19.

Finally, there is the example of South Korea. It’s capital city, one of the most populous in the world, lies only 60km from North Korea – well inside the reach of one of the world’s largest artillery forces. The South Korean authorities managed to get to grips with the pandemic by leading the world in testing. When China started to report on COVID-19, the South Korean authorities were able to get out testing kits quickly, meaning that by 19th March they had conducted over 300,000 tests, the highest per capita in the world. Here in the UK we had only managed 64,000. While the country has suffered with over 8,652 cases and 94 confirmed deaths it has managed to get case rates into decline while not shutting down the country. Shops and schools remain open. While their response and ability to test comes from their outbreak of MERS back in 2015, and the country has been able to use its war-footing to use data from surveillance cameras, mobile phones and credit card transactions to map the social connections of suspected cases. Their efforts to investigate and isolate every possible infection is exactly what the World Health Organisation has been calling for since January. Countries like Japan, Singapore and Hong Kong who also followed this behaviour have seen much lower levels of infection and hence disruption.

While the UK gets used to the misery that is lockdown, maybe we should look to harness this behaviour and have more awareness of imminent threats to our society, viral or otherwise. From what I can see, those countries that have a need to deal with sudden crises, do so with a no-nonsense, hardened resolve. Some salutary lessons for us all in how to pull together during good times and bad. 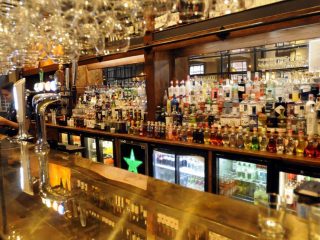 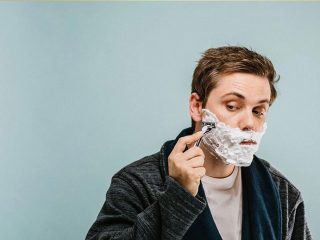