LinkedIn is awash with investors, entrepreneurs and accountants talking about the upcoming budget and the potential possibility that Entrepreneur Relief will be cut, if not abolished. This relief to those that haven’t come across it before allow a business founder and early Directors who are actively involved in a business for a period of time, the ability to sell their shares at only 10% capital gains tax, rather than the 20% current top line tax on profits from shares. This relief is available for the first £10M and is a lifetime amount, basically once you have used it up you can’t have more.

What a lot of people are arguing is that cutting this relief will stem investment, entrepreneurship and risk taking. Everything we need to grow our economy and so vitally important post Brexit. As a budding entrepreneur I should be behind this support of the relief especially as I benefited fully from it when I sold my business a few years ago. Cutting your tax bill from £2M to £1M is a significant saving and one that costs the treasury £3Bn per annum in lost tax.

On a side note I do have an issue with all these ‘cost the treasury’ statements as firstly it is regards to tax income that doesn’t necessarily exist in a guaranteed form and second if people want to avoid tax, there are plenty of ways to achieve that – certainly saving £1M gives a significant war chest to anyone wanting to recruit a tax adviser! I believe removing this relief will have no bearing on the income the Treasury will collect, but that doesn’t mean it is a good relief or the focus we should take for a budget promoting enterprise.

My issue with the relief  is I don’t believe it has any bearing on the decisions people make in starting a business. Certainly when you are starting out, the exit, and celebrating a profit, is a long way from your mind. The focus, and the only focus is not going bust. Recent statistics show it has also no bearing on promoting people to start businesses with a steady decline over the past few decades.

While introduced by the labour government it was George Osborne who put fire into it by increasing the benefit from £1M to £10M. Buoyed by the optimism in California and the risks successful investors took reinvesting their wealth back into startups the judgement was a sound one. That if entrepreneurs paid less tax on their profit, they would invest into more business startups and create more opportunities.

Unfortunately it didn’t go that way and most apparently prefer to invest in property and be relatively risk free in terms of investments. Again an area I feel qualified to comment on because having sold my business, and benefiting fully from the relief, I have invested in no less than ten companies in 2019, seven of which are startups and I am directly involved in. Yes there is some property in my portfolio, but certainly the risk is in the businesses to which I see the biggest potential opportunity. But I suspect I am the exception and certainly younger than most who exit and so have no interest in retiring. The point is, did that relief prompt me to help others and invest in new business opportunities? On reflection I don’t think so, I still want to be highly active – did it give me more to risk, yes, but as I say the exception in redeploying that capital back into new ventures.

More importantly, and where our collective focus should go for government is helping people to form businesses and make them successful.

For example one of the businesses I am supporting is a new children nursery that has a few million invested into its success. It has offered a key response to a growing demand in the area near to where I live. It offers an amazing educational experience from 3 months to 5 years old for up to two hundred children. Not only that, it has community rooms for the local residents to use and has, in the short time since it opened last year, become a beacon in the local community. I had to fully invest as, to date we are yet to receive any public support, but we believe in the project and the amazing people building the business. The team have never built anything to this scale before and I am there to help them make a success of it. Are they hard working? Incredibly. Do they deserve this chance? Absolutely. Do they care if, they manage to make it successful, that they may have to pay more tax when they retire? Not even crossed their mind. The is true social enterprise at its best. So guess my surprise at being told by the team that the local council are now demanding over £7,000 per month in rates from the business.

This is a site that until September last year was just wasteland. We have developed it and created this business from nothing. This is a business employing nearly twenty people and enabling countless families return to work. Remember this isn’t tax the local council has been receiving and then isn’t. This is brand new investment providing countless benefits for the local economy and community. Surely there is some place here for support in helping to build sustainable long term companies. It is disgusting that because we decided to go big and do it properly they are now having, before making any profit, pay out so much in rates that it will cripple the business so much so that it will inevitably fold if no relief is received. And this is just one business with one issue in the form of business rates. What about all the others with Apprenticeship Tax, GDPR, Insurance and all other forms of red tape stem risk taking and the success of startups. Did you know for example that the Government charges fibre companies a tax for installing fibre into the ground? Obviously the incumbent with the near national monopoly doesn’t pay it (!) but anyone looking to invest into our digital infrastructure does. The Government are looking to provide a short term relief, of around five years, for new investments but it just shows there are a lot of levers that need to be considered in this budget. Certainly schemes such as Enterprise Investment Scheme (EIS) has done untold good in getting investment into new businesses – so it can work.

My example is just one of countless opportunities the government has, in its budget, to inspire people to start businesses. To help them take the risk and make their endeavours successful. Surely that is more important than rewarding the few that manage to break through and retire? 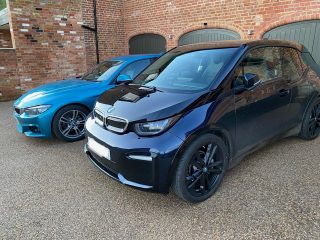 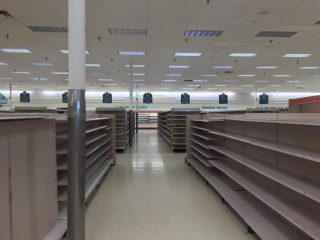