I am not sure if anyone else has noticed the recent barrage of advertisements by BT but looking at the small print it would appear to be somewhat misleading.

Essentially it is all around BT realising that UK SME customers have been rather forgotten in the past few years as telecom carriers buy each other out in a mad rush to get as many consumers as possible onto broadband. In the obvious fallout the word ‘broadband’ and all that it represents has got a rather bad reputation which BT are now trying to repair realising (rather later than we did!) that the SME market requires quality making them somewhat more profitable than home users.

The advertisement has the new B list celebrity Peter Jones (the tall chap from Dragon’s Den and recently Top Gear) trying to go about his day as the Gremlins (I was growing up just as that was released in the 80s) go about destroying his telecoms. Surely BT are more than capable of doing that themselves? Anyway I digress, the main point of the advertisement is that by using BT you are protecting your business from failure. To help back this up BT have kindly headed up a lot of the advertisements with the statement: Doesn’t your business deserve 99.99% uptime? or something similar. Yours like my natural response would be of course that sounds great. But actually if you look closely it isn’t even worth the paper it is written on.

What they are actually saying (but omitted it from the advertisement) is that their core network has a 99.99% uptime guarantee but your ADSL or even SDSL line for that matter will still suffer from the same BT guarantee should the worse happen. My worry is that as business look to cut costs all over the organisation the 100,000 leased lines out there may be pushed onto DSL platforms in an attempt to reduce costs without fully considering the implications. Don’t get me wrong the DSL platform is brilliantly effective at delivering fast and good value services if deployed properly but without the correct direction companies are going to suffer. Most wont probably be affected but for those who do suffer from a fault god help them because the 99.99% statement will mean nothing!

Previous Post (p) A chance to voice my opinion 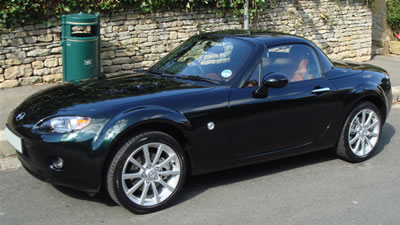