Google’s latest announcement is to move further into telecommunications and deploy a fibre network in the US offering up to 500,000 consumers access to a 1 Gb/s network. Now I have written before how general internet browsing was not enhanced when we moved our office to fibre, but Google believes new requirements will emerge.

It is hoping that 3D videoconferencing will become a reality and the ability to stream large amounts of data will further enhance our lives. I have no doubt that this will be the case, however I struggle to see why Google is getting involved and what, in the long term, it believes it will get out of this project. Apparently Google did some bidding on wireless frequencies in the US but not to build its own network, instead it was hoped the move would frighten existing carriers into launching their own services. Going the fibre route however is a big leap and one I am confident it is not ready to make.

Google seems to forget what makes it so rich and powerful at the moment – margin. Currently it can sell vast quantities of advertising space in a model which doesn’t cost much to produce or distribute. Sure there are costs involved but nothing like print or television media to which it competes. It also is able to operate as a monopoly in the internet without restriction (apart from Chinese) on what it delivers to consumers.

In the telecoms world it is a bit different. Firstly the costs involved in building fibre are enormous and if there was a pot of gold at the end of it I am sure the industry would have responded. Businesses are already moving to the technology but because of an immediate requirement, not a future hypothetical one. Secondly a provider of a large fibre network could be forced to open it up to other competing companies to ensure users had choice of service. This would mean Google would not have the monopoly it currently enjoys and hence the margin would be lower.

I am all for moving the industry on, and it does need a kick, but I don’t believe it will be a good move for Google. Is this the start of the IT industry finally waking up to the fact that the shift in revenue from content back to infrastructure will now take place as we move our lives into the cloud?

Previous Post (p) Routers can make all the difference 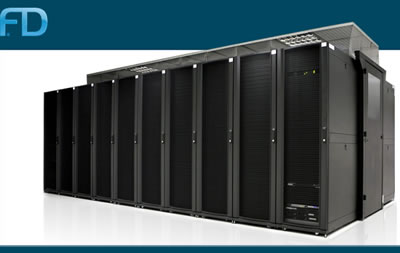