As 2010 rolls in, I am reminded that a decade is a significant period of time and a good one to reflect on, especially in the world of IT and Telecoms. What have we achieved in the past ten years, and what, if any, predictions can be made about the next ten years? Well, for one, Fluidata couldn’t exist until 2004 on the back of ADSL technology, to launch as its own business until early 2006. Which means that the last decade has seen great advances in internet connectivity speeds and brought the word ‘broadband’ into common parlance.

We might be far behind many other countries in this race, but don’t forget in 2000 dialup was the norm and businesses like Freeserve dominated internet access with products offering up to 56 Kb/s. Now people have the choice of ADSL2+ offering up to 24 Mb/s (24,000 Kb/s in old money) or even 50 Mb/s with certain cable broadband offerings. Fluidata, for one, became a leader in bonding technology providing services over multiple carrier networks at speeds up to 60 Mb/s down and 8 Mb/s up with PureFluid. Even gigabit (1,000,000 Kb/s) speed is achievable with the use of fibre, as well as more affordable especially in urban areas.

Networks not only got faster, but also more intelligent, with quality of service, large wide area private networks and MPLS protocols. Businesses put voice over the internet and now video is seeing a resurgence with advances in HD video conferencing. Which begs the question – what will happen in the next ten years?

With the industry talking about FTTH (Fibre to the Home) and FTTC (Fibre to the Cabinet) more people will be able to experience the high speeds that fibre can deliver. But remember this isn’t like the previous decade when the main infrastructure (the cables) remained the same. This technology requires something new which not only will absorb huge amounts of money, but also time and resource. The cynic in me would say BT’s 21CN (to provide ADSL2+ and more IP services) offering is aimed purely at the LLU carriers such as Tiscali, Carphone Warehouse, Cable & Wireless and O2. I am sure its reach won’t extend over 2,000 exchanges by the end of the next decade. So FTTH or FTTC products are purely to take the fight to the cable operators such as Virgin. And what will quench our thirst for data? I believe there will still be some advances in DSL with products such as VDSL, but also other completely different technologies which will see in excess of 100 Mb/s over copper. Bonding will become more prevalent and give rise to a larger number of niche ISPs able to aggregate multiple networks together, not only to improve performance, but also reliability. Fibre will of course continue to grow in popularity and while still not being within easy reach of home users, will hit more of the SME market as costs reduce.

Other technologies such as WiMAX will become more widespread as companies such as Intel start to bundle the protocols into their mobile chipsets. I know of one company soon to come to market with a 3 GHz service which, if widely adopted, could bridge the gap between broadband and 3G mobile networks. Another product I am looking forward to seeing more of is BPL (Broadband Power Line), which has the potential to deliver many hundreds of Mb/s anywhere in the country over a normal power line. It has been a long time in the making, but I believe this decade will see its widespread adoption.

Mobile broadband still has a long way to go so that future services, such as cloud computing, can be widely used. And what else is in store? Well to be honest, it can be anybody’s guess. The great thing about this industry is the fact it continues to innovate and change – I’m, for one, looking forward to the next decade. 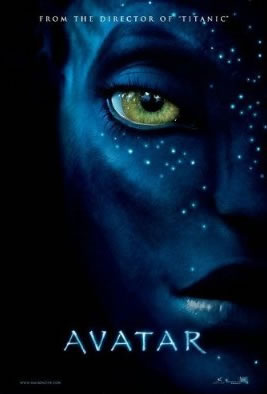