It’s funny what the mind focuses on when you’re locked inside your house for 23 hours of the day. I found myself inspecting my Gillette razor blade this morning, mid-shave, wondering why on earth a few bits of plastic and metal cost so much money.

Having previously worked in advertising, I knew the answer – it’s a strategy called MMOTR, or ‘Make Money on the Razor’. The account that I was working on in those days was that of a major printing company, who shall remain nameless (but let’s just say that they may or may not run a lucrative side business manufacturing brown sauce).

One of the category brand managers who moved over from Gillette introduced us to the concept to us of MMOTR. Printers were surprisingly like razors insofar as  it was not the initial purchase that made the company money (of the printer or razor), rather than all of the subsequent purchases (of ink cartridges or razors) – and that’s where the real margin was for the company, in jacking up the price of a very cheap commodity. Think of your Nespresso machine or PlayStation games console, and the concept is exactly the same.

As a young man, there was simply no other choice than shaving with a Gillette razor, once puberty finally kicked in, age 26. I had grown up indoctrinated by the images of iron-jawed men, riding motorbikes, first shaving with three blades, then four, and finally five blades for maximum smoothness and comfort. I want five blades, I thought. Four blades, what was I thinking?! Give me the motorcycle and jaw definition while you’re at it. I was even willing to shell out for the privilege. £15 for 4 blades? Sure. I didn’t even question it.

And then one day, it must have been 2009 or 2010, I was sitting in my cubicle at work in New York, when a colleague peeped over the divider and said, “take a look at the link I sent you. Hilarious”.

He’d sent me a link for a YouTube video that was rapidly going viral. It was a guy, in his warehouse, selling a solution to a problem I didn’t know I had: cheaper razors, better quality, delivered to my door every month:

The ad works because not only is it witty and well made – it’s solving a genuine problem that most men face. We’ve been gulled onto a sliding slope of nonsense by a big company that wants to keep ‘innovating’ on a product that doesn’t need further innovation, just so they can keep charging us more for gimmicks that we don’t need. Does anyone remember the AA battery inserted into the handle of that Gillette model to make the bloody thing vibrate?! I wonder why that doesn’t exist anymore…?

Unsurprisingly, Dollar Shave Club was a massive success, gaining over 3 million members, and eventually being acquired by Unilever in 2016 for $1 billion in cash. You read that right. $1 billion.

Despite that, I kept buying into Gillette, more for the familiarity and ubiquity by this stage. It wasn’t until last year though, and the release of a now infamous commercial, that truly did it for Gillette. They had now decided to join the culture wars in the US and Europe, and turn ‘The Best a Man Can Get’ into ‘The Best a Man Can Be’

From a marketing perspective, I can see what they were trying to do. And, from a marketing perspective, it might have even been successful. But it deserved all of the flak that it received. The problem was not that what they were trying to say, it was who was saying it. If Gillette had built its brand to be a paragon of virtue over the years, then it might have resonated. But it hadn’t. It still tests its products on animals. It still massively over-prices the razors it sells to us. It was still, up until very recently, producing products that were full of plastic micro-beads. It doesn’t, therefore, have the authority to stand up on its soap box and start moralising to the rest of us.

It was, as my old foul-mouthed boss would have said, the moment Gillette had “taken a shit with its clothes on”.

Thankfully, there are now a plethora of better-quality, cheaper alternatives on the market, driven by a consumer desire to break with decades old brand loyalties. We’re seeing all over the FMCG sectors – the likes of Unilever and P&G are scrambling to compete with a veritable mushroom field of smaller competitors springing up every day, who are offering more ethically-sourced products. Some of these products are even more expensive than the branded rivals, but consumers are turning to them anyway, as the new brands are seen to be genuine good actors, and not playing to the gallery, as so much big-budget marketing now is.

With the arrival of coronavirus, we are going to see an acceleration of this trend. Consumers are now being forced to buy their essentials locally and are realising that they don’t need a brand on their bread, their meat or their eggs, to make the quality better. If anything, they are actively seeking out ‘artisanal’ alternatives over the branded rivals.

Supermarket giants, like Lidl and Aldi, have been chipping away at this edifice for years, creating products that look similar to their branded rivals, but more crucially, perform the same or better in blinded taste tests. Walk into Aldi, for example, and you won’t be able to find Cheerios breakfast cereal, but you will be able to find ‘Hoops’. After the 2008 crash, cash-strapped consumers switched en masse to these alternatives, turning the two supermarket chains from comparative minnows in the UK, to dominant market players, disrupting the cozy dominance of the ‘Big 4’ (Tesco, Sainsbury’s, Asda and Morrisons) – something that they have never been able to recover from.

I for one have vowed never to return to Gillette after this last razor is expended. I don’t know why it took a global pandemic for me to reach this momentous, life-changing decision on what brand of razors to buy, but it did.

Businesses that have dominated for decades need to be aware of what is happening around them. The sands are shifting so fundamentally and irreversibly across so many different sectors, that 2020 will be known as the ‘Decade of Disruption’. High time for many, but hold onto your hat. It’s going to be a wild ride. 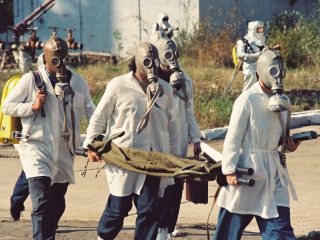 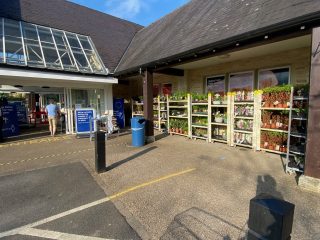 Next Post (n) Is there a path out of lockdown?