For the past 18-months I have been convinced we would see a recession in 2020. Not for any morbid reason, just that I felt 2020 would be the year we would see our excesses, overvalued, and some common sense would return in our cyclical up and down economy.

While it seems that Coronavirus has accelerated this process and now, we are looking into a recession similar to that of wartime, my observations on the economy over the past year has been on matters closer to home. Unemployment is low but real-world salaries, while increasing, are not increasing fast enough to keep up with real inflation. While we talk about inflation on a national level at around 1.5% it is actually a number that is made up of the ‘shopping basket’ that is deemed the most appropriate items to measure by the government, not in my mind a reflection on reality. The fact that statisticians might view a TV as a must have, every day item, the fact is the cost of TVs has gone down dramatically over the past few decades skews inflation rates. The reality is people don’t go out and buy TVs every day. However, most items I would consider in a shopping basket has steadily increased over the past decade, making life increasingly expensive – which has seen borrowing rates soar.

Secondly the values we are giving to businesses on the stock market are excessive, to the point where a company like Tesla is now valued at more than Volkswagen Group with productions values sitting at 368,000 cars for 2019 versus 11 million. Granted Tesla is riding an environmental and economic swing and showing tremendous growth levels, but with that all said and done the value is nothing but highly speculative relying on future returns in many years’ time. Also I always weary of pioneers – certainly I hope Tesla will not see itself become the Hoover, MySpace, Napster of the electric revolution.

That gets me onto my third point which is the environment. Like 2007, when the economy is booming the environment becomes the biggest concern and opportunity. However, when the global economy is in the doldrums it quickly drops out of headlines and becomes a nice to have. For the past 18-months the environment has gained many column inches, and rightly so, but that serves as a warning bell as to the status of the economy. I remember in 2007 doing much work on my fledgling company to get us ready for carbon trading. That quickly disappeared as the financial crisis took hold. Again, I hope the move to electrification, the reduction in the cost of solar and wind technology and the advent of large affordable batteries for grids will sustain any downturn.

Sticking with the automotive analogy I was looking at car prices the other day, as you do, and couldn’t get over how much cars now cost. When I was in the market to buy my first car, I remember wistfully thinking about buying a Golf GTI, a car that then cost less than £20,000. Even a decade ago it had only climbed to £25,000 but as VW launches their latest Mk8 Golf GTI I see the price now is over £34,000. That represents a real-world increase of 4% year on year. Staying the in the VW group Porsche 911s, the thinking mans supercar, is now over £100,000. Brexit and new technology has a role to play in the increase but certainly it is no wonder new car sales are flagging and ahead of an imminent downturn.

Even the second hand car market is taking a pounding and principally the higher end cars, the special editions and one offs are seeing dramatic drops in value as speculators stay away. As in 2007 there was a huge drop in this market before the recession bit.

So while Coronavirus will lay havoc and damage to our economy that I can only imagine, don’t forget we were already heading in that direction as we started the year. While I hoped we had learned our lessons from last time, history shows we like to repeat ourselves. At least this time the damage can be blamed on an outside force and maybe once the virus is under control then faith in the economy will return faster and harder than ever before. 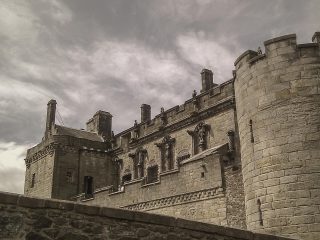 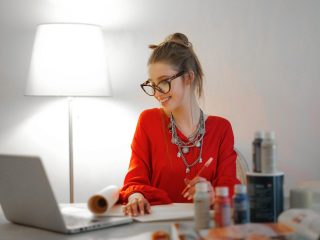 Next Post (n) Lessons from a Year of Working from Home