It seems that some stories on broadband still get broadsheet journalists in a tizzy with the latest being the debate over ‘up to’ or ‘average speed’. Last week a number of people put the article in the Times business section about broadband speeds on my desk as it seems to be getting wide coverage.

It all kicked off with the ASA (Advertising Standards Authority) consulting on broadband advertising and whether it is clear enough. There are calls for example to debate the use of the term ‘unlimited’ when clearly nothing is unlimited, especially broadband – so I agree with that being removed. But on the other issue there appears to be two camps, one on the BT side supporting the term ‘up to’ and the other in the Virgin camp supporting an average speed figure. Oddly for Virgin they actually use both terms on their website… obviously hedging their bets!

Personally I don’t see what the fuss is all about. Are people at home so dim-witted that they don’t know what ‘up to’ means? It seems pretty clear to me and I am sure to the 99.99% of the population who have purchased broadband in the past. Surely if you aren’t happy with what you bought you go and buy from someone else? If we have one thing in this country it is competition and surely this is one of the reasons niche ISPs still exist as customers become wise to the big carriers overly ambitious claims. I realise not everyone is going to understand the technical reasons behind the loss of speed such as distance from the exchange, copper quality and so on. But it is better than the ‘average speed’ argument which is open to abuse.

If as an ISP you have advertise the average the speed your customers get across your whole network, then surely you are going to make the descion not to serve customers at long line lengths or with poor copper? How do niche ISPs that have a smaller user base to average against compare to a very large ISP? The point is, like the term ‘up to’ it is down for interpretation, ‘average speed’ can have no bearing whatsoever for a customer close to an exchange, so is as useless if not more so.

What I do find interesting though is that the whole argument starts to become rather pointless as the country starts to roll out fibre to the cabinet services and Virgin plough on with their faster cable products. As these products become more prominent the fluctuations in speeds customers actually get against what was advertised will become less. 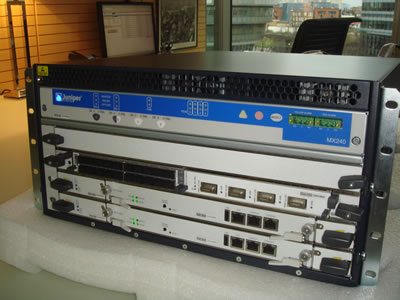