As we slowly come out of our short-lived ice age I was surprised at the media coverage on the number of potholes that appeared following the snow this winter. Obviously it makes the situation worse by the water getting into the road, freezing, expanding and then melting. But hasn’t anyone been driving in the last ten years on our roads? Surely this is not a new phenomenon, but one that we have always lived with.

Ever since I started driving I have always driven on the crown of the road rather than in the gutter to avoid the broken surfaces. It hasn’t always served me well and once buckled a wheel on a particularly nasty hole a few years back. The reason it is so endemic is because of our policy on road maintenance and not just about funding. For some reason we have it in our head that it is better to patch the road rather than resurface it. The problem is by patching we are weakening the road and giving the ice the opportunity to penetrate it. Ironically it isn’t any cheaper to patch than actually resurface a piece a road, especially when you consider how many times they have to return to fix it again and again.

I am not talking about resurfacing the whole length of the road either but instead the whole width so that there are no joins (weak points) in contact with the tyres. If they forced any contractor who digs under the road to do this then we wouldn’t have the outcry we currently have. As it is they can’t now keep up with the repairs for the compensation rightly being claimed by drivers.

And the solution our public servant masters have come up? Blasting holes with a new technology which again just deals with fixing the problem, rather than preventing it in the first place. 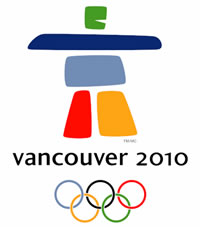