With the Geneva motor show into full swing it is obvious that the whole car industry has gone mad. While it was funny to watch ‘green’ people go out in their thousands and buy Toyota and Hondas with a hybrid engine, I was much more impressed with the likes of BMW being able to demonstrate better economy, emissions, acceleration and cost without the need to move to hybrid. Now however, even they are looking it at it, along with the likes of Ferrari and Porsche. I would have thought these companies would understand the complex design make them expensive, and with anti 4×4 campaigners saying SUVs are too heavy as they carry around all their four wheel drive bits, a car with two engines is equally ill-conceived.

Unfortunately, the word ‘hybrid’ sells, and while politicians jump on the bandwagon the idea of having city centres emission free starts to become a reality. And these performance brands know if they don’t innovate the will be stuck with cars that people can’t buy because they won’t be allowed to go anywhere. It is all moving towards an electric future and even a hydrogen fuel-cell future, where cars wiz around emitting nothing apart from water vapours. I’ll skip past the point that water vapour is not very kind to the atmosphere, and get straight onto the practicalities. Electric cars can’t go very far, and while improvements are being made, it is still an issue that will last many years, along with the time consuming refuelling process. Hydrogen on the other hand delivers an immediate refuelling process, although it has to be stored below minus 270 degrees and we have no infrastructure with which to support it. This brings me onto a different technology that has been around for generations, one that solves all these problems, but seems to have been forgotten about.

Methanol was demonstrated by Lotus four years ago as the fuel of the future. Being a liquid at room temperature it can be stored like petrol and even has a higher octane level (100). It can be burned in engines or used in fuel cells (to keep the greens happy) but ultimately could be very easily supported by our existing infrastructure. And as Lotus can demonstrate, you can even use it at the same you’re your car is filled with petrol, giving us a better solution than carrying around two engines. It can be produced in vast quantities from natural gas (still much lower carbon than oil), or made by mixing hydrogen and carbon from the atmosphere making it carbon neutral. The problem is that none of the big car makers have got behind it and so it remains a rare and undeveloped opportunity. Let’s hope someone out there makes them see sense. 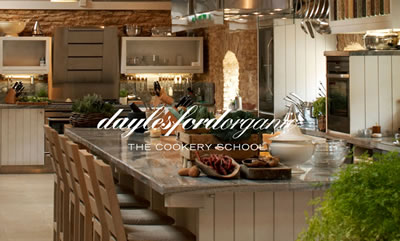