Interesting to see that the press has suddenly woken up to the imminent need for the industry to start adopting IPv6 addresses. With IP addresses due to be allocated by IANA around April next year we expect to see internet growth subdue as IPs become scarce during 2011/12. The reason being is that all the IP addresses under IPv4 have nearly been allocated making it impossible for new connections to be made to the internet.

From a consumer perspective the initial impact would be limited as most have dynamic IP addresses and can make do with one IP at any one time. The real issue will be with businesses that rely on IPs to do business, connect offices over VPNs and talk to customers. For them the thought that they will not be able to request extra IP blocks when required will send a shiver through the bones of IT Managers across the country. For the industry as well it will also create a few issues where I imagine sales for new services may be hampered by not being able to provide sufficient levels of IP addresses to persuade the client to move over to the new network.

I predict in the short term a greater move towards private clouds which allow businesses to connect to other offices over true MPLS and PWAN networks using private IP addresses rather than public ones with VPNs. There will also be some consolidation as ISPs go back to old customers and reclaim unused blocks and allocate them to new clients.

What is being missed in the press is that IPv4 will not be disappearing and will remain very much part of our internet tapestry for the foreseeable future. There will be something called dual stack as customers start to use both IPv4 and IPv6 addresses. We will also see IPv6/IPv4 tunnellers installed in ISP networks to help translate IPv6 to IPv4 and visa-versa. So it is going to be a shock and changes are going to have to be made, but unlike the millennium bug I don’t expect a mad panic as the deadline is relatively fluid (pun intended!). What needs to happen now is much more dialogue between ISPs and customers and importantly manufacturers of hardware designed for the internet. Even today, for example, routers are still hitting the market not IPv6 compliant, which is unforgivable as it will only create confusion and waste.

Some ISPs are already making progress, we for one have a number of customers utilising IPv6, and so it isn’t all doom and gloom. I’ll do some more pieces on IPv6 in the near future but in the meantime for those interested in further information there is a good paper to read – IPv6 Planning Guide. 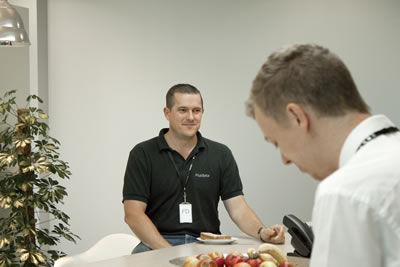